It has now been a year since Josh Bailey became the co-lead of UCell, a not-for-profit public engagement group specialising […]

It has now been a year since Josh Bailey became the co-lead of UCell, a not-for-profit public engagement group specialising in the green energy solutions, such as hydrogen fuel cells and lithium-ion batteries (https://www.ucl.ac.uk/ucell). After a very busy year of university, school and public festival events, including guest lectures at the Oxford Energy Society and attendance at Innocent Unplugged 2015, Josh, along with a team of PhD students and PDRAs embarked on a 3-week long series of workshops in schools across East London. The workshops were part of the QEOP Bright Ideas Challenge 2016, where pupils were asked to invent new sustainability solutions to provide a green legacy for buildings and transport at the Queen Elizabeth Olympic Park for 2050. This enabled students to discuss ideas, learn design skills and most fun of all, build prototypes using Lego, actual fuel cells and batteries,  LEDs and other scientific components. The workshops and inspirational talks were a great success, and the teams await the results of the nationwide competition. 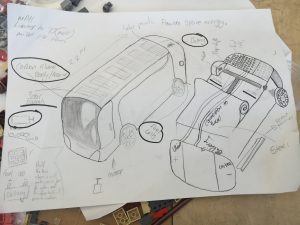 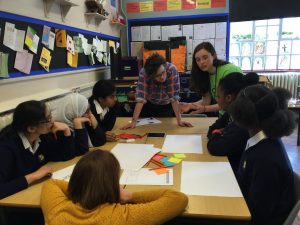 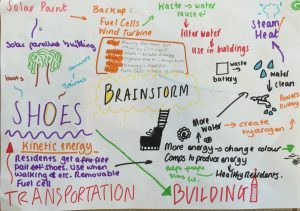